An internally flawless bubble gum pink diamond weighing 3.44 carats was the colorful star of Christie’s Hong Kong auction on Tuesday as it sold for $7.5 million, or $2.2 million per carat. 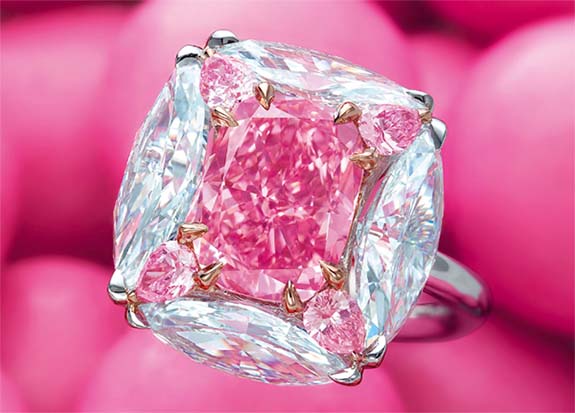 The cushion modified brilliant-cut diamond — aptly dubbed “The Bubble Gum Pink” — is set in a ring by luxury jeweler Moussaieff. The fancy vivid purplish-pink diamond is framed by small pear-shaped pink diamonds on the corners and larger marquise-cut white diamonds on the sides.

Celebrated for its superb color, The Bubble Gum Pink was classified by Christie’s Chairman Francois Curiel as “probably the strongest pink I have ever seen in my 50-year life of jewelry specialty at Christie’s.”

The hammer price for the auction’s top lot was on the high end of Christie’s pre-sale estimate of $6 million to $8 million.

Other top lots at the Magnificent Jewels event include the following: 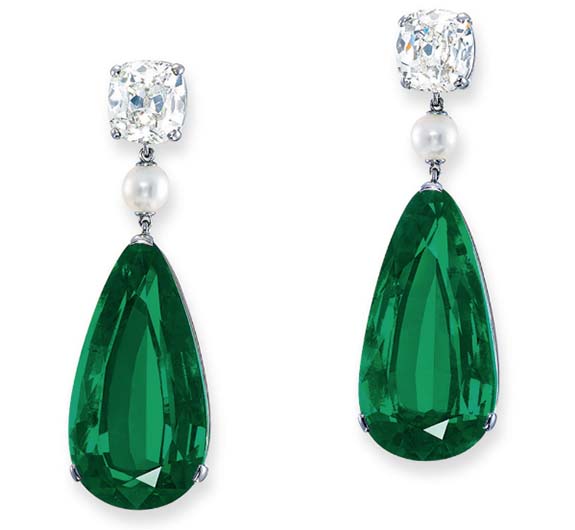 • A pair of emerald earrings called The Grand Muzos fetched $4.5 million. The Colombian-sourced emeralds weigh 23.34 carats and 23.18 carats, respectively, and are accented by white diamonds and pearls. Each of the diamonds weighs exactly 3.01 carats and share identical F-color and VS2 clarity gradings. Christie’s had estimated the pair would sell in the range of $3.8 million to $6.5 million. 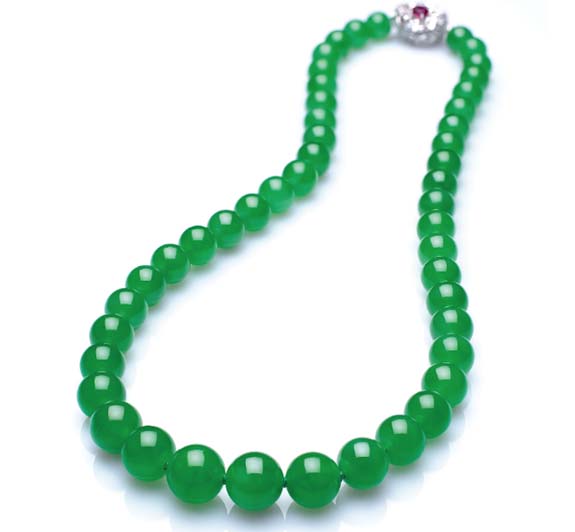 • A necklace featuring 47 jadeite beads ranging in size from 9.8mm to 13.3mm and accented with a ruby and diamond clasp yielded $1.9 million, slightly below the pre-sale estimate of $2 million to $3 million. The necklace measures 22.24 inches (56.5cm) in length. 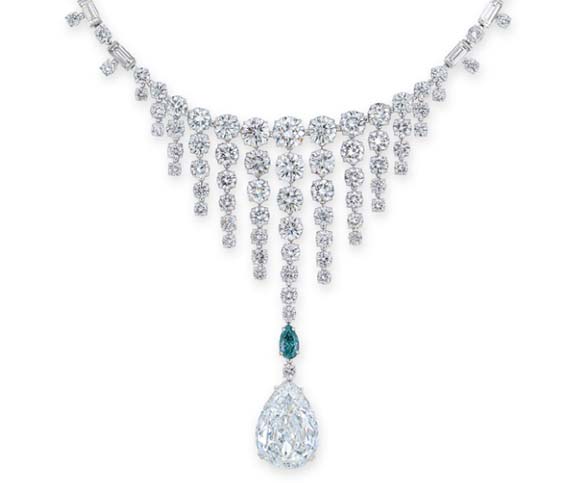 • An elaborate diamond necklace by Bulgari — highlighted by a rare 1.02-carat vivid green-blue modified brilliant-cut diamond and a modified pear brilliant-cut diamond of 11.69 carats — sold for $1.57 million. The large center diamond is internally flawless. The hammer price was just below the pre-sale estimate, which Christie’s set at $1.6 million to $2.3 million.