Despite Losing Nearly Everything in a Wildfire, This Californian Still Feels ‘So Blessed’

Patty Shales lost her home and nearly all her possessions in a brutal wildfire that swept through her Brentwood, Calif., neighborhood last week. Yet, despite the tragedy, Shales told reporters Tuesday that she still feels blessed, and the reason focuses squarely on a cherished piece of diamond jewelry that somehow survived the devastation. 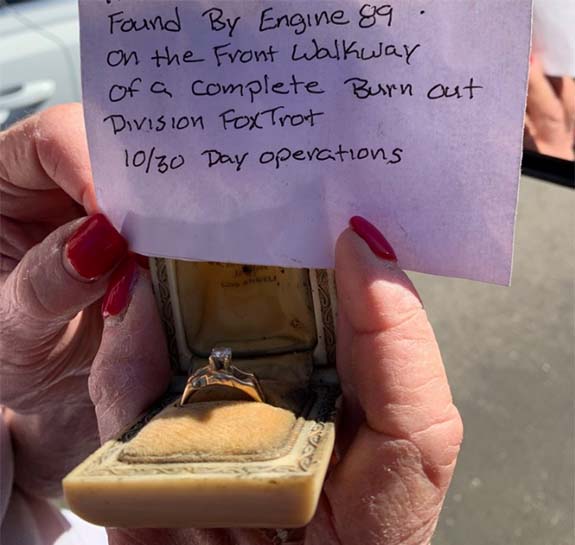 Shales and her family had barely escaped the fast-moving blaze, leaving their home of 43 years with only the clothes on their backs. When they returned to the scene days later to survey the damage, everything they owned was reduced to ash, except for a jewelry box that contained her late-mother’s wedding ring. 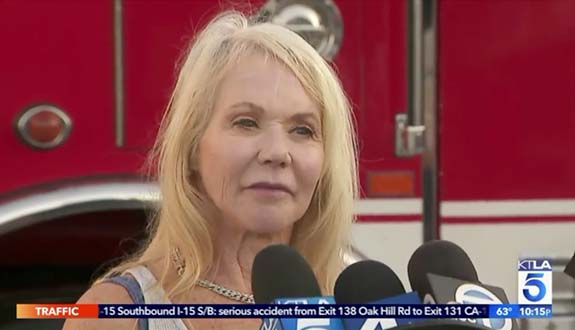 Firefighters had found the jewelry box in the gutter in front of the Shales’ property. The box was floating in runoff generated by the water from the fire hoses. The firefighters had secured the jewelry with the hopes of reuniting it with its rightful owner.

“I had the unfortunate task of telling her that her house had been destroyed,” LAFD Assistant Chief Jaime Moore told a reporter from KTLA. “But I asked her to hold on a minute, that I might have something for her.”

Moore soon returned from his vehicle where the keepsake had been stashed. Shales took one look and shouted, “That’s my mom’s wedding ring box!”

“I consider this a miracle ring of all rings,” Shales said. “This is so symbolic, I just can’t believe it happened.”

Shales told the reporter that she believes the ring’s survival is a message from her late-mother, Dorothy McDonough, an accomplished opera singer, who passed away in November of 2018 following a battle with Alzheimer’s.

“She sent me this to tell me she’s in heaven and she’s OK, and I’m going to be OK,” Shales said. “I just feel so blessed, and so grateful to the firemen.”

Shales said that she had kept her mom’s ring in a cupboard within her bedroom’s walk-in closet. The room was in the back of the house, so she wondered how the ring box and its precious contents found its way, mostly intact, to the street in the front of the house.

What makes this story even more incredible is the fact that the same ring was one of the only objects to survive a fire that completely destroyed Shales’ parents’ house in Las Vegas 25 years ago.

“Although I lost my home, I survived, my daughter survived and my dogs [survived],” said Shales, who grasped the ring box tightly in her hand. “I don’t have anything else, but I have this.”

In an interview with the Los Angeles Times, Shales said, “A ring so simple, so small, can mean so much to a family.”