Highly Touted ‘Spirit of the Rose’ Diamond Sells for $26.6MM at Sotheby’s Geneva

“The Spirit of the Rose” set an auction record when an anonymous phone bidder secured the 14.83-carat, fancy vivid purple-pink diamond with an offer of 21 million Swiss francs at Sotheby’s Geneva yesterday. With the buyer’s premium added, the final price totaled 24.4 million Swiss francs ($26.6 million), or about $1.8 million per carat. 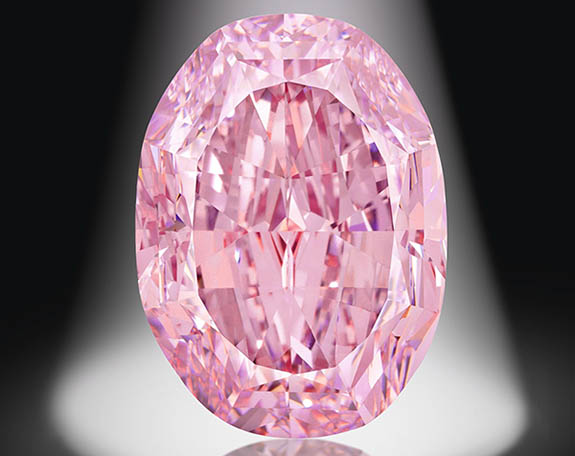 The bidding opened at 16 million Swiss francs and accelerated quickly in increments of 1 million francs. Within three minutes, Sotheby’s Head of Magnificent Jewels sales, Benoit Repellin, slammed down the hammer and affirmed that The Spirit of the Rose had just set a record for the highest price ever paid at auction for a fancy vivid purple-pink. 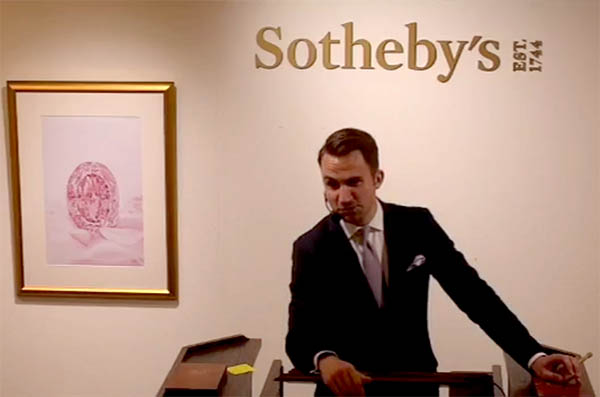 The oval modified brilliant-cut stone, however, failed to live up to its pre-auction hype — slotting into the low range of its presale estimate of $21.1 million to $34.8 million.

The three-month promotional lead-up to the sale saw the gem making appearances in Hong Kong, Singapore and Taipei before returning to Geneva. One expert who got to see the stone close-up predicted it would fetch nearly double Sotheby’s high estimate and rival the priciest pink diamonds the world has ever seen.

The Gemological Institute of America had graded The Spirit of the Rose as internally flawless with excellent polish and very good symmetry. It has the distinction of being the largest vivid purple-pink diamond ever graded by the GIA.

The gem was sourced in 2017 at Alrosa’s Ebelyakh deposit in Yakutia, Russia. In its rough state, it weighed 27.85 carats and remains the largest pink diamond ever mined in Russia.

The diamond was cut and polished at the Diamonds of Alrosa cutting facility in Moscow. Alrosa reported that the process took nearly a full year.

Alrosa named the faceted stone “The Spirit of the Rose” to honor the famous 1911 ballet of the same name. In French, the ballet was called “Le Spectre de la Rose,” and its primary dancers were Tamara Karsavina and Nijinsky.